The Deep Meaning of Akhanda Guru-tattva 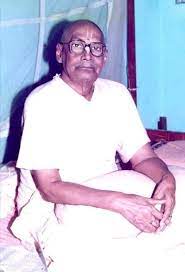 Sri Guru, the Vaisnavas and Sri Bhagavan – these three are antaryami. In other words, they are the internal witnesses and know our heart. They see the Truth and speak the Truth. They extend their causeless compassion to the conditioned souls of this world in ways that are unnoticed by mortal intelligence and inconceivable to it. Truly nothing in this world can compare to their compassion. Only a soul who possesses sufficient spiritual merit can fathom something of their unsurpassed compassion.

Sri Guru and Bhagavan see into the core of our hearts. Longing to see the innermost love and devotion of the sadhakas and sadhikas blossom, Sri Guru and Sri Bhagavan fulfil their desires in ways that are at times obvious and at others unseen. In this way they secure the sadhakas’ and sadhikas’ conviction in sadhana-bhajana. Without becoming exclusively dedicated to bhajana, how else can one reap any genuine results?

“Uttama haiya apanare mane trna-adhama – a person who is truly situated on an advanced stage of bhakti deems himself more insignificant than a piece of straw.” This mentality is the sole requisite and the metre of one’s eligibility to obtain the mercy of Sri Guru and Bhagavan. If the deep passion to engage in devotion, the bhakti-vrtti, fails to rise in one’s heart, do you think it is possible for one to receive causeless mercy? Causeless mercy, of course, does not depend on any condition, and yet it will escape the reach of one bereft of bhakti.

“Yogyata vicare kichu nahi pai, tomara karuna sara – when I look for my own eligibility, I find that I have none; your compassion is the essence of everything I have” (“Gurudeva, krpa-bindhu diya”). Every sadhaka or sadhika expresses his or her feelings of humility with such heartfelt prayer. Despite being established in the rightful eligibility to receive the grace of Sri Guru and Bhagavan, it is the devotee’s innate propensity to express such humility. That alone is his real merit and the wealth of his sadhana; that humility is really his heroic glory.

Causeless mercy is something that escapes the appreciation of someone beset by mundane conceit and egotism. In a state of such egotism, a person’s impetus and longing to serve cannot fully flourish, and he fails to perceive the omniscience of Sri Guru and Bhagavan. Gripped by mundane vanity, the conditioned soul is locked into foolish arrogance, similar to that of a bloated, puffing frog that disparages the ocean on the assumption that nothing surpasses his dingy water-hole – only because he has been forever stuck in it. He even thinks that he can slight the whole earth.

Those who have found shelter, however, surpass all obstacles and hurdles on the strength of their bhakti and become illuminated with the divine, unsurpassable compassion of Sri Guru and Bhagavan.

from Saranagati
by Srila Bhaktivinoda Thakura

Your two feet are the foundation of immortal existence free from sorrow and fear. Finding solace in their shelter, I have now shed my mortal terror of material existence.

The above verse represents the ardent prayers of devotees who are resolute in loving service.

Sri Guru, the Vaisnavas, and Bhagavan – even remembrance of these three obliterates all obstacles.

By extolling their qualities the heart is cleansed and the multitude of vices (anarthas) and impediments to the process of bhajana are cast far away. No vanity or egotism can survive in a heart that is honestly rapt in hearing, chanting and remembering the glories of Sri Guru and Bhagavan. Such persons have been initiated into the religion of honouring all others, with no expectation of receiving respect in return. They have already abandoned all such adversities to bhajana. This indeed is the undeniable and conclusive truth.

“Vaisnavera guna-gana karile jivera trana – if the soul sings of the Vaisnavas’ glories he will obtain deliverance.” According to this statement, it is essential to offer prayers, praises and hymns to Sri Guru and Vaisnavas, even though they are in fact equipoised, being satisfied in the bliss of their own bhajana and completely aloof from any external gain.

Those who have taken shelter at the feet of a genuine guru have already deserted ill-suited company. Only by establishing themselves in sadacara, or respectable and ideal conduct, could they have proceeded to accept a guru. Once strong conviction (nistha) in bhajana develops in a person, he abandons asat-sanga, the company of all types of persons who are detrimental to his bhajana – no matter how near and dear those persons are – knowing them to be enemies playing the role of his relatives.

If you are to walk the path of bhajana, you must certainly be wary of offences. That does not mean that when one is unable to do so, one retreats, or withdraws, from the path.

from “Nadiya-Godrume”
by Srila Bhaktivinoda Thakura

Free yourself from offence and just chant the holy name of Sri Krsna. This is the instruction of Sriman Mahaprabhu.

If one utters the holy name without offence, one attains the wealth of divine love.

Without the wealth of divine love, the life of a poor person like me is without use.

For such reasons, it is instructed that one remain distant from any blasphemy of the sadhus, of the scriptures, and of Sri Guru. Although in the preliminary stages one may make some offence while chanting the holy name, by the grace of Sri Nama Prabhu all such offences will be dispelled.

Sri Guru is asraya-vigraha, the form and abode of divine love. He is a beloved maidservant of Sri Bhagavan. Sri Guru-tattva is the sakti of the Absolute, or in other words, its transcendental feminine aspect. Teaching others to serve Sri Bhagavan is Sri Guru’s constitutional function. He is a gopi, a legitimate maidservant under the direction of the sakhis. As such he is a dearly beloved servant-girl, adept in the art of serving in the pastimes of Sri Bhagavan, that supreme enjoyer and object of all loving relationships.

“Chodata purusa abhimana, kinkari hailu aji kana | varaja-vipine sakhi-satha, sevana karabu radhanatha – O Kana, by abandoning the ego that I am the enjoyer, today I have become Your maidservant. O Radhanatha, in the forest of Vraja, in the company of the sakhis, I will serve You.” This is the true nature (svarupa) of perfected souls. Although they are garbed in male form in this world, they have achieved the transcendental nature (bhava) of gopis, either as sakhis or dasis. Facilitating the love sports of the transcendental, ever-fresh Cupid is their sole preoccupation.

One must also know Sri Gurudeva to be bhagavat-svarupa – he who, in nature, personifies Sri Bhagavan. There is a difference, however, when Sri Bhagavan Himself descends and assumes the role of guru. At that time, He is established in the identity of the visaya-vigraha (the object of all love). Though He performs the function of the asraya-vigraha (the abode of love) He is in truth the Absolute Enjoyer, the supreme objective of all service. In that case, would it be wrong to address guru as pati, meaning the husband, or master, of one’s life?

Guru is a single indivisible principle, which reveals varying specialities and astonishing traits when deliberated upon. Guru-tattva can be understood according to various considerations and perspectives in each of its divisions: the Supersoul (antaryami), Sri Guru within the heart (caittya-guru), and Sri Guru manifest directly before our vision (mahanta-guru). For one who understands the indivisible principle of guru-tattva in its totality, there is no fault in addressing visaya-vigraha purusottama Sri Krsnacandra as one’s pati (meaning “husband” or “the master of one’s life”) during the time in which He assumes the role of asraya-vigraha and manifests His pastimes accordingly. Only after deliberating upon all such aspects of guru-tattva have the Vaisnava mahajanas written the afore-mentioned couplet, which states Sri Guru to be one’s pati.

Furthermore, the nurturing and affection a mother or father gives their child differs vastly from the love shared by a husband and wife. No matter how old a son or daughter gets, in the eyes of a mother and father they will always be the beneficiary of their affection – in a subordinate position. A husband and wife, however, are equals.

Even amongst friends (sakhya-bhava), although they share an intimacy as one soul and one life, their equality with each other retains feelings of seniority or juniority to others. In vatsalya-bhava, children (juniors) are always the dependents, while parents (seniors) are the providers. But in conjugal love no such distinction exists, although some obligations and restrictions are imposed.

In the utter union of the servant with the served, from whence comes the distinction between the two? But in the utter separation of these lovers, the full range of their distinction expands forever.

This verse substantiates that intimacy and equality exists between husband and wife. It is solely for this reason that when we offer tulasi leaves at the feet of sri radha-alingita-vigraha, the form of Sri Krsna embraced by and united with that of Sri Radharani, [or in other words the form of Sriman Mahaprabhu], we are in fact offering tulasi at Her feet also. But when Their forms manifest separately, Sri Radha cannot accept tulasi leaves at Her feet.

Think yet again, though: in this mundane world, the designations and distinctions of male and female exist. But in Goloka-Vrndavana, Purusottama Sri Krsna is the only purusa (enjoyer), and all others are His potencies (sakti), or His ‘female’ servants. The Bhagavad-gita states that the jiva is sakti, and therefore a real entity in the form of a quality; that is, she is one of Sri Bhagavan’s characteristics or capacities. Hence, it is not ever possible for the jiva to be the enjoyer.

In the material realm, a woman experiences three phases of life – as a daughter, as a wedded wife, and as a mother. Specialities and differences exist in and between all three phases. As a daughter and mother, a woman experiences both sides of the affection exchanged between a parent and child. As a wedded wife, however, she experiences the arousal of conjugal love within her. Each variety of love, as a servant, a friend, a parent or a lover, bears the mood of servitude, yet expresses its own unique speciality.

So, relating all this to akhanda-purna guru-tattva, the indivisible, complete principle of Sri Guru, if one were to use the word pati in reference to Sri Guru, it would be directed towards the visaya-vigraha aspect of divinity, which is also related to and included in guru-tattva.

Atma-samarpana, or full submission of the self, is the sole goal of every sadhaka and sadhika. If this completeness, or entirety, does not come in one’s sadhana, Sri Bhagavan will remain at a great distance. Evidence of this is Draupadi as well as the Vraja-kumaris.*

* In both these examples, Krsna remained at a distance until the devotees fully surrendered themselves to Him.

With this I shall conclude.