Viraha-tattva (The truth about divine seperation) 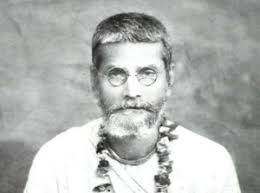 A Festival of Bliss, not Sorrow

Separation is a source of great pain for every living entity, so why, yearly, do we make elaborate arrangements in honour of the departure of a great Vaiṣṇava, simply to experience agony? Surely, no one can become excited about such a heart-rending event. Yet, if we take note of the Vaiṣṇavas’ definition of viraha, we can see that it is also a special type of festival (utsava).

We are all amṛtasya-putrāḥ, children of immortal bliss. By   constitution we are not devoid of sublime rapture, joy, since we are inherently minute particles of eternality, cognizance and bliss (sac-cid-ānanda). Not even a shadow of agitation, despair, distress, sorrow or any other disturbing emotion exists in us. It is for this reason that the Vaiṣṇava literature acclaims separation (viraha) to be a special rasa, or humour of love. Within the inner reaches of this viraha- rasa, or love in separation, we perceive the blossoming of bhakti-vṛtti, the tendency, or force, of pure devotion, which is constituted of complete joy.

This indeed is a festival (utsava). Worldly sorrow submerges a person in uncertainty and doubt, but separation liberates the soul from mundane existence and transports him to the lotus feet of Bhagavān. A person overcome by lamentation and sorrow is wretched and a śūdra – the lowest class of person. But a person anguished by separation (viraha) is the best of brāhmaṇas and a nirguṇa-bhakta (a devotee situated beyond the modes of material nature). In this way, feelings of sorrow and feelings of viraha, or separation, are as different as day and night, heaven and hell. Worldly lamentation and sorrow demoralize a man, crush his spirit and annihilate his strength, whereas, for the devotees of Bhagavān, viraha rejuvenates their spiritual zeal, inspiring them to render abundant service. Do not, therefore, fall into the illusion of assuming that sorrow and separation (viraha) are one and the same. It may be that in some places the authors of the scriptures have substituted the word for separation (viraha) with the word for sorrow (śoka), yet the sorrow they refer to is the antithesis of mundane sorrow, which is plagued by illusion and delusion. They refer to the transcendental truth of divine separation (aprākṛta viraha-tattva). Solely within the inner reaches of separation there exists a deep sigh of indescribable bliss that lasts for eternity. In the material world also, a semblance of this can be found on occasion in connoisseurs of poetry.

I would like to present an example to you. When you attend a musical performance in which a professional singer sings the pathetic pastimes of Lord Rāma in a sweet, mellifluous voice, you listen, enthralled. He sings so skilfully that it evokes a deep mellow of pathos (karuṇa-rasa), which attains fruition when your heart melts and tears of sorrow flow in gurgling streams. Despite the extent of the pathos you feel, you not only repeatedly attend such gatherings, but you regularly and cordially invite everyone you know to come along and listen to those performances. Why is this?

If you analyse the reason for this, you will come to appreciate quite thoroughly within the core of your heart that although such pathos causes you anguish, it holds in its depths an indescribable joy that you perpetually crave. Moreover, you repeatedly invite your friends and dear ones to partake of that bliss. Your intention is certainly not to torment their heart, and cause them distress. One who contemplates this analogy can somewhat grasp the significance of celebrating a festival of separation (viraha-utsava) for the Vaiṣṇavas. Separation is usually distressing, yet every year we discuss it and experience joy. We also invite you to partake of that boundless joy.

Viraha has another name: vipralambha. By His own example, Śrīman Mahāprabhu propagated that vipralambha-rasa, the flavour of love in separation, is the best of all. It was certainly not His purpose to plunge all those living entities who are free from vice (anarthas) into an ocean of sorrow. Just as the natural heartfelt inclination of the supremely liberated souls is indeed vipralambha- rasa, so to, for souls who remain ensnared in bondage, it is most auspicious to celebrate a festival of separation, for it serves to liberate them from their vices, or anarthas. Thus, whether in a state of spiritual perfection (siddha) or practice (sādhana), no difference in the intrinsic nature of separation is perceived. Indeed, separation as both the means and the goal has the same purpose and is essentially one cycle, beginning and ending with itself.

Why did Śrīman Mahāprabhu regard viraha or vipralambha-rasa so highly? This is a special topic of discussion for us. Today the topic of our discussion is not the nature of separation for one in the liberated state, but its relevance in the life of a spiritual practitioner (sādhaka) by which that separation (viraha, or vipralambha) can extricate one from the clutches of vice (anarthas) with utmost ease and simplicity.

The renunciation (vairāgya) that Vaiṣṇavas possess arises from this viraha. The type of renunciation that is practised as a form of pious austerity to earn more enjoyment is not vipralambha, or viraha. For example, it is common for persons who are impelled by the urge of the belly to observe diets and fasts in order to increase their appetite and capacity to consume foodstuffs. This type of abstinence is not viraha, or vipralambha. To the extent that the pain of separation from devotees and the Lord manifests within one’s heart, desires for the external material world fade, and true renunciation dawns. Thus, renunciation actually means feeling separation.

Pangs of Separation Liberate the Jīva

Even in the mundane world, we see many examples of this phenomenon. There is no suffering like that of a mother upon the sudden loss of her child. Grief-stricken, she develops such indifference toward the world that there is no possibility of her condition being compared to any other human emotion. While she clutches her dead son’s corpse to her bosom and wails, a person could stack hundreds and thousands of coins in front of her, but that money would be as repugnant to her as poison. At such a time, eating, relaxing, dressing nicely and the like will be the bitterest experiences for her.

Therefore, in this world, it is vipralambha-rasa, the mood of love in separation, that is indeed supremely auspicious and beneficial, not love in union (sambhoga- rasa). This very point is the essence of Śrīla Ṭhākura Bhaktivinoda’s teachings. In the mood of union, the sādhaka’s heart can become polluted, whereas intense feelings of separation purify him and establish him in true renunciation (śuddha-vairāgya). By the intensity of separation alone the sādhaka’s desires for worldly life are destroyed. Solely by experiencing the pangs of separation, the sādhaka-jīva gains release from his worldly existence (saṁsāra) in the form of freedom from his desire to enjoy, from his lust and from other such bondage. It is solely with this intention that every year we celebrate a festival of separation (viraha-utsava) in honour of Śrīla Ṭhākura Bhaktivinoda.